It was the year that Richard Nixon took office, proving that we would indeed have him to kick around some more. It was also the year which began the gay rights movement with the Stonewall Riots in NYC, as brave men and women refused to countenance police harassment any more. It was the year when the Soviet Union, the United States, and 100 other countries collectively realized that they were on an insane, self-destructive path and signed the Nuclear Nonproliferation treaty. And, that year, three men achieved the impossible, leaving the Earth and landing on the Moon. I remember watching it that July on our round cornered console TV in the family room. It was also the year when a single adventurous pumpkin plant sent its tendrils through the garden fence into the neighbors yard and skyward into a tree, where it produced a giant pumpkin and skyrocketed an 11 year old boy to brief fame on the front page of the Montclair Times. 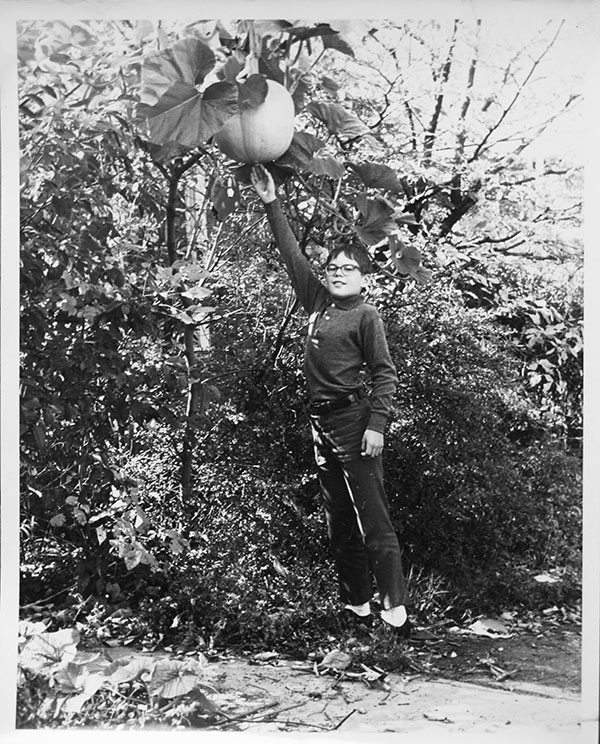